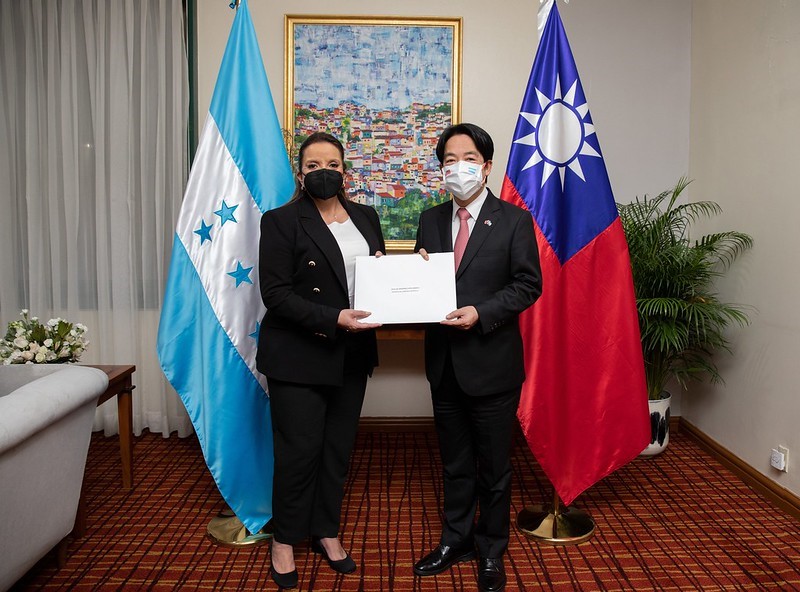 For Beijing, more than a secure source of commodities and a strategic market for Chinese goods and services, LAC plays a pivotal role in its geopolitical competition with the United States. China’s presence in LAC is a form of encroaching on the U.S. sphere of influence, which forces Washington to divert strategic attention from the Western Pacific to the Americas.

One of the main tools used by China to achieve such an objective is the Belt and Road Initiative (BRI), which expands Beijing’s clout worldwide. Launched by Chinese President Xi Jinping in 2013, the BRI envisions enormous Chinese investment, infrastructure development, and other economic linkages around China’s perimeter. The BRI branches out into all regions of the planet, with the East Asian giant at the center. LAC was included in the BRI in 2017, and 20 of the 33 LAC countries have joined it. Beijing has spent an estimated US$180 billion on projects in the region.

In this context, China has been using the BRI to convince Taiwan’s allies to flip recognition from Taipei to Beijing. In recent cases of diplomatic recognition of China, like those by the authorities of Panama (2017), the Dominican Republic (2018), El Salvador (2018), and Nicaragua (2022), the switch has resulted in the signing of multiple, often opaque memoranda of understanding (MOUs). Having only 14 allies that recognize Republic of China (Taiwan) sovereignty and independence means that each additional defection curtails Taipei’s ability to garner support in international organizations, for example, in its current bid to join the World Health Organization.

The Crisis in Honduras and Current Relations with Taiwan

Honduras faces a severe political, economic, and social crisis. The country’s lawmakers named two National Congress presidents – Jorge Cálix and Luis Redondo – in separate ceremonies on January 23, in a dispute between members of Libre over the ties between Cálix and Ficohsa Bank, known for its relations with drug money laundering. Legislators who remained loyal to Castro strongly opposed the faction’s choice and formed a separate Congress headed by Redondo. Cálix — along with 17 other legislators — was expelled from Libre. Redondo’s coalition had 96 members, while Cálix’s had 80 members. However, on February 7, Cálix’s coalition agreed to recognize Redondo as the sole Congress leader. Cálix and the 17 dissident lawmakers were then readmitted to Libre.

The Central American nation also struggles with a foreign debt of US$9.2 billion and an internal debt of US$7.5 billion. At the same time, widespread poverty, high levels of violent crime, natural disasters, the COVID-19 pandemic, lack of stable employment, and educational opportunities have driven more than 680,000 Hondurans to the United States in the past 3.5 years.

Meanwhile, the relationship between Tegucigalpa and Taipei has remained steady. Taiwanese Vice President William Lai met Castro at her inauguration, invited the president to visit Taiwan, and expressed Taipei’s continued support for the Honduran government. The allies have had a free trade agreement since 2007, and, since then, bilateral trade has grown from US$65.95 million to US$148 million in 2021, with Honduras being the chief source of frozen prawns imported to Taiwan. On January 14, the Taiwanese government cut to zero tariffs on 25 goods imported from Honduras. The import tariff cut on foodstuffs ranging from yogurt to avocados and pork bellies, initially agreed in 2019, had taken effect once legal formalities were completed. Taiwan’s Ministry of Economic Affairs also suggested that domestic companies can use the FTA niche to strengthen collaboration, and expand industrial cooperation and trade opportunities. In a moment of political, economic, and social instability for Honduras, Castro couldn’t achieve a drastic foreign policy change, and Taiwan’s investments and trade are warmly welcomed by Tegucigalpa.

Currently, Honduras can exploit Taiwan’s recent loss of Central American diplomatic partners to China and increase its demands on Taipei for investments, trade benefits, and increased development aid. For Taiwan, the most effective strategy is to continue bestowing attention on the Honduran elites, such as official invitations, donations, and training courses, upholding the partner’s importance and providing symbolic material benefits. This approach successfully avoided the Paraguayan Senate’s decision to change diplomatic recognition to Beijing in 2020.

Nevertheless, the risk of Honduran recognition of Beijing still lies on the horizon because Castro promised during her campaign that she would do so within the first 100 days of her administration. If it comes true, Honduras will most likely join the BRI and may seek to join the Asia Infrastructure Investment Bank (AIIB). The MOUs might include harbor projects near the Palmerola International Airport, which shares an airstrip with the Soto-Cano Air Base, where the U.S. presently stations its Joint Task Force-Bravo (JTF-B) regional Forward Operating Location (FOL).

Based on past experiences, U.S. pressure appears as a significant deterrent to prevent such a fate for Honduras. Washington has threatened to reduce American foreign aid for those countries that demote relations with Taiwan. This could be supplemented by increased U.S. economic links, providing incentives to the regional allies to continue recognizing Taiwan.

The U.S. has been working to improve ties in this direction. Recently, Washington’s nominee for ambassador to Honduras, Laura Farnsworth Dogu, has vowed to promote Taiwan as a valuable partner for the Central American republic. Also, U.S. Vice President Kamala Harris visited Tegucigalpa for Castro’s inauguration, and American companies pledged to inject more than a combined US$1.2 billion over a multiyear horizon into Honduras. These resources were intended to aid in the reduction of migration by fostering local economic opportunities. Lai also proposed that the three countries work together to help “Honduras solve various problems.”

Washington and Taipei will have to make good use of this rapidly closing window of opportunity at the beginning of Castro’s administration to avoid the country from falling into Beijing’s orbit, preventing it from acquiring a new strategic foothold in Central America, and opening several channels of influence in Honduras.