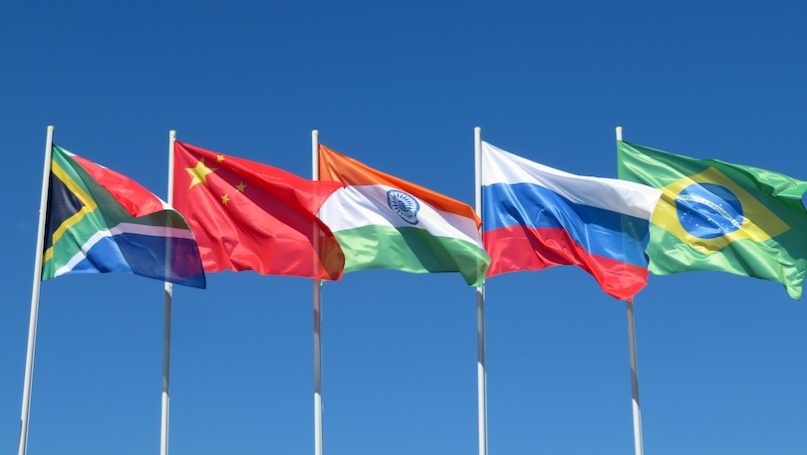 However, it is possible to assess the BRICS trajectory from another perspective: as an initiative that recognizes the huge differences between its members and is developed according to the resultant possibilities. In September 2021 the BRICS held their 13th consecutive Annual Summit, fifteen years after the first meeting of the original members – Brazil, Russia, India, China, with the subsequent incorporation of South Africa. Each Summit issued a declaration, with positions on topical and global issues. Almost all summits were attended by countries geographically close to the hosting one.

The BRICS formed several working groups and promoted hundreds of thematic meetings. In 2014, the Contingent Reserve Agreement (CRA) was created to stimulate liquidity in times of crisis, and the New Development Bank (NDB), which is currently negotiating the adhesion of Bangladesh, the UAE and Uruguay, to support infrastructure and sustainable development projects. Hooijmaaijers claimed that while the expansion of cooperation through thematic groups and meetings and the creation of the NDB and CRA internally strengthen the BRICS, the opening to other countries and the integration of the NDB into the network of international financial institutions externally reinforce this institutionalization. The behavior patterns, the recurrence and constancy of interactions, and the reach of the group’s actions reflect its resilience.

These efforts may seem modest for five countries that represent approximately 24% of global GDP. However, this number can be a bit misleading as half of the percentage is attributable to China, and the growth rate is extremely uneven: Brazil, Russia and South Africa have generally disappointed, whereas China and India maintain high rates of GDP growth, contradicting O’Neill’s original argument in 2001. Trade among the five BRICS is minimal when bilateral flows with China are excluded, and specific measures toward intra-bloc trade were limited. There were serious divergences of opinion concerning sensitive issues on the international agenda that involved one or more partners, such as the Annexation of Crimea, in addition to the aggressive hostility of Brazilian President Jair Bolsonaro toward the Chinese government and the violent border rows between India and China.

Why then do these five countries have annual summits and related declarations, a multilateral development bank, and working groups? The analysis of the BRICS’s performance should begin with looking at the characteristics of the group and its intentions since the initial meeting in 2006 and the adoption of a common identity in 2008. The original acronym proposed by O’Neill was endorsed, but according to their own rules, and not as a trade and investment agreement or as a formal alliance. It aimed to use its political and economic weight to exploit opportunities created by the G20 in the cracks that appeared as a result of the 2007-2008 financial crisis.

The extreme heterogeneity of the five countries allowed for a completely original arrangement. Distinct perceptions of a global scenario do not limit strategies and initiatives, but rather reflect the limits of the individual interests of each member. Even though members do not consider the arrangement as a priority in their foreign policy, they continue to support it. The five countries signed agreements both between themselves and independently of the group – RCEP (China, Japan, Australia, New Zeland and six ASEAN Member States), SCO (China, Índia and Russia with Kazakhstan, Kyrcyz, Uzbekistan, Tajikistan, Pakistan), AfCFTA (South Africa and 35 AU Members States), IBSA (India, Brazil and South Africa), and EU-Mercosur (Brazil). The absence of formal institutionalization allows for advances and retreats in different themes and contexts, which reduces the potential for friction and increases resilience.

Strategic themes such as health, education, trade and energy have been debated. Debates between think tanks from the five countries support the proposal of cooperation projects. The NDB reinforces the discourse in favor of reformed multilateralism in which developing countries would have greater participation, with fair and equal treatment of issues and weight in decisions. At the NDB the cooperation in infrastructure and sustainable development are implemented and geopolitical issues that guarantee friction between members have been abandoned.

It is not possible to categorize the BRICS as an international institution, regime or organization. We defend the idea that the BRICS is a dynamic and in process phenomenon: dynamic because it is developed according to the members’ perceptions of the world scenario, without defining the limitations surrounding the strategies and initiatives of each member country; and in process because it is developed through specific processes, in which members do not determine end goals or institutionalization.

Cooper and Farroq defend the BRICS as an informal club for managing tensions among its members and promoting cooperation in a new and flexible type of multilateralism. The reduced number of members allows for the discussion of common themes and interests. Sensitive topics are avoided or dealt with according to protocol. For each member, the arrangement reinforces their status nationally and internationally. The countries are part of a select group of representatives from the Global South, that share exclusive assets, such as status resulting from NDB cooperation and resources, maintain the CRA as a guarantee, and exploit the informal nature of the BRICS to protect the diverse interests

During the Covid-19 pandemic, China and India both developed vaccines and were the main suppliers of inputs for the vaccine, other medicines and personal protective equipment (PPE) in Brazil and South Africa. Appeared in 2018 and resumed in 2020, given the pandemic scenario, the proposal to create a disease alert center and vaccine development was not implemented. At the Summit, President Bolsonaro highlighted the relevance of Chinese inputs for the national production of immunization agents in Brazil in addition to the cooperation with India. Bolsonaro’s statement clashed with the aggressively anti-China policy he had pursued since the election campaign.

At the Summit, the BRICS established a Counter-Terrorism Action Plan, which was a particularly relevant issue for India, given the changes in Afghanistan. The BRICS took a stand in the defense of dialogue and diplomacy for conflict resolution and peace building, while Russia and China opened channels of dialogue in order to influence the new government. Regarding Brazil and India’s demand for a seat in the UNSC, China and Russia support the discourse on the need for more democratic governance structures, but without the formal and explicit support necessary to bring the issue to debate.

O’Neill’s criticism would have merit if the BRICS collation intended to be a trade deal or achieve recognition from the G7, but this was neither what they intended nor what they aim to achieve.

*** This article was originally published in E-IR